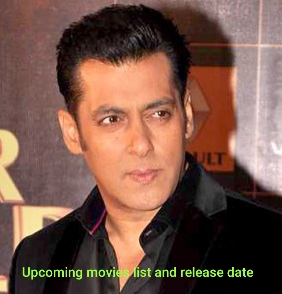 Salman Khan is an Indian film actor, producer, occasional singer and television personality. In a film career spanning over thirty years, Khan has received numerous awards, including two National Film Awards as a film producer, and two Filmfare Awards for acting.He has a significant following in Asia and the Indian diaspora worldwide and is cited in the media as one of the most commercially successful actors of both world and Indian cinema. According to the Forbes  2018 list of Top-Paid 100 Celebrity Entertainers in world.

Here is the list of New and Latest Salman Khan Upcoming Movies 2020 and 2021 along with  release dates for Hindi Movies this list is subject to changes as it depends on censor certification.This list also contains heroines details wherever available.

1. RADHE : YOUR MOST WANTED BHAI is upcoming Salman Khan action film in 2020 directed by Prabu Deva produced by Sohail khan under the banner of Real life Production Private Limited. Radhe : Your most wanted bhai film starring Salman Khan, Disha Patani, Jackie shrof and Randeep Hooda. The film Scheduled to be release on 22 may 2020 the occasion of Eid.

View this post on Instagram
Life used to be black-and-white, yes or no, truth or lies, it was crystal clear now perhaps it’s grey, it’s maybe. Who the hell cares, is that true? Hope not for god’s sake. Long live morals nd principles and ethics.
A post shared by Salman Khan (@beingsalmankhan) on Jul 13, 2019 at 10:18am PDT